Posted by CANNASaver on Friday, 06 August 2021 in Wacky Racky

Both the Smoke Trap and Smoke Buddy are designed and sold as a way to discreetly smoke weed. While they both can cut down on the smell from exhaling the smoke, you still get the smell from lighting up the marijuana itself.

That said, If you are looking for a way to keep your smoking herb a "shameful dirty little secret," these devices are not what you need. 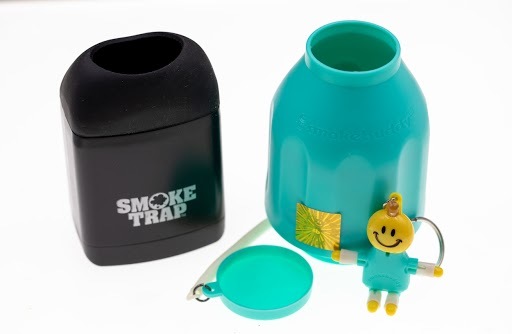 In A Nutshell:
What these devices do help prevent is a lot of second-hand smoke from bothering others. After all second-hand smoke--to non-smokers--bites biscuit! It smells bad to them and irritates their noses and even their lungs. If you want to be considerate to your non-smoking friends and family, this might be just the thing for you.

Well that is, if you don't have any facial hair. While I had no problem getting a good seal, the same cannot be said for those in my family who are "extra furry". Smoke leaked out no matter how much they slowed their exhale. Or how hard I jammed it into their face, as sure they just weren't getting a good seal.

These units are completely worthless if you go on a coughing fit. Yeah, you try keeping that seal while coughing! If you're an old Squirrel girl like me, coughing fits are bad enough. Now try keeping your legs tightly crossed and mouth sealed on one of these gadgets while coughing! That takes concentration and coordination; the first I possess but the latter I do not!

If you are trying to smoke like a Secret Squirrel you want to remove all evidence of smoke, not just second-hand smoke. This is probably more suited for machines like Molekule or EnviroKlenz. While I haven't tested either of these units, I do hope to in the near future.

I was really stoked about the Smoke Trap, which I will admit was better than the Smoke Buddy. But one thing that really annoyed the nut out of me was the hype about the reusable plastic. 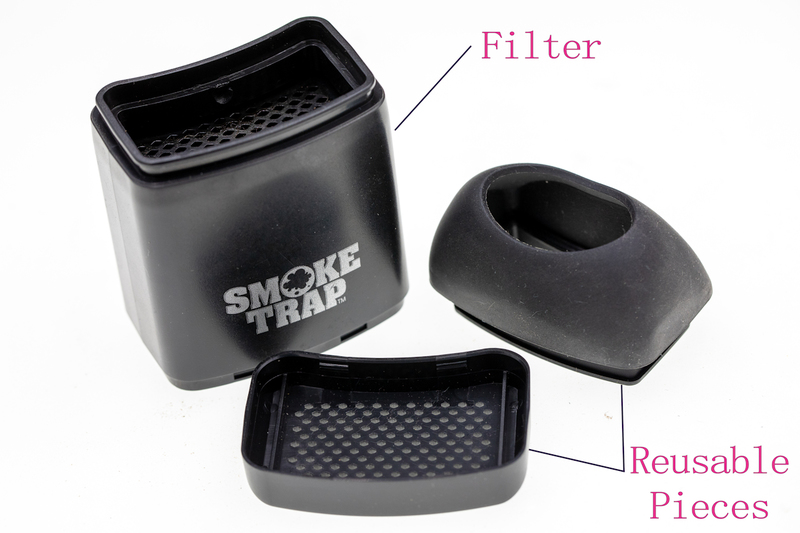 On Twitter and Instagram postings raved about how there was more reusable plastic (less plastic waste) because of the smaller filter. Based on the design and hype I thought the filter was the end cap, which is just a cap, that serves what purpose? I haven't a clue. Maybe just to trick us?

In all reality the filter part of the Smoke Trap that has to be tossed is just slightly smaller than the Smoke Buddy. It's not like the filter snaps out of the body, which would've been cool. In reality the only parts that are reusable are the tiny end cap and rubber mouthpiece.

Honestly if I was Smoke Trap, I would drop all the boasting about less plastic waste. I would focus on how the mouthpiece is way better. It is more comfortable and does provide a better seal than its hard plastic competitors. Trying to act like this is a more environmentally-friendly filter, but clearly failing to demonstrate it, just rubs people the wrong way.